Tampa, located on Tampa Bay on Florida’s Gulf Coast, is one of the ideal destinations to spend your vacation, or to go exploring the natural and human places of interest. If you enjoy sunbathing on the beaches, a crazy nightlife adventure, or fine Cuban cuisine, Tampa offers it all. So, let’s go on a journey to Tampa and visit the city’s best attractions, tasting the most essential of it!

Let’s open the map of the United States. You can see the Florida Peninsula. Then, zoon into the western coast of Florida, called Gulf Coast. Somewhere in the middle of the coastline, you can see something like a crack. This is the Tampa Bay. And it is also divided into two smaller bays- Old Tampa and Hillsborough bays by a peninsula, called Interbay.

And the whole area around is almost flat. Not only flat, but mostly covered by urban settlements. Tampa is only one of them, and it is a part of the Greater Tampa Bay area that includes also St. Petersburg, Clearwater, as well as smaller districts and towns. You can find a lot of attractions in and around them. But to get a better impression of Tampa, let’s look briefly at its history.

Let’s generalize the history of Tampa for a better and simple understanding. We can divide it into several periods.

So, let’s see what exactly attracts the tourists in Tampa.

The Best Attractions of Tampa

The best attractions of Tampa include places that you can enjoy the natural beauty of the region, or you can dive into the history of the city, or just to taste the best of its modern image.

Busch Gardens is a safari-themed adventure park with over 2,000 exotic animals, roller coasters, thrill rides, shows, and exhibitions. The site’s 335 acres are separated into eight thematic zones. Each location has its own set of attractions, as well as animals living in naturalistic environments. One of the most popular attractions in the park is the Serengeti Plain.

Numerous free-roaming animals, including giraffes, zebras, white rhinos, ostriches, and impalas, live on this 65-acre model of the African region. Observe wildlife from the Serengeti Express train or the Skyride. In addition, it has kid-friendly attractions, a water play area, and a number of Sesame Street characters, making it a worthwhile stop while you’re on vacation in Tampa.

Ybor City is a historic neighborhood of Tampa, Florida, located northeast of downtown. It is the only neighborhood on Florida’s west coast designated as a National Historic Landmark District. Spanish, Italian, Jewish, and Cuban forefathers have left behind cultural legacies still alive and well today in this city.

And if you like Cigars, go to East 7th Street to purchase a fine cigar. These cafés are well-known for serving authentic Cuban varieties. The perfume of freshly ground coffee beans in the air is mixed with the aroma of tobacco smoke. Enjoy a Cuban sandwich, a specialty of Florida. Even a festival dedicated to the sandwich is held yearly in Ybor City in late March or early April.

With more than 20,000 aquatic species and plants, the Florida Aquarium serves as a showcase for the region’s vibrant nature. Explore wetlands, go fishing, and get up and personal with sharks. Begin your exploration at the Wetlands Gallery, which is covered by a huge three-story glass dome.

Discover turtles, otters, alligators, and more than 30 bird species soaring freely overhead. You may also interact with marine creatures with the Swim with the Fishes Programme. So go to the Florida Aquarium and have an unforgettable experience with aquatic life.

From providing knowledge of basic mathematics and science concepts to housing a life-size replica of the Mercury spacecraft, the Museum of Science and Industry is a learning center for everyone who wishes to comprehend how the world functions. View the night sky in the Saunders Planetarium at MOSI and also experience the thrill of the Sky Trail® Ropes Course.

This is a pair of two islands, almost attached to the mainland, in the northern end of the Hillsborough Bay. They are partially man-made in the beginning of the 20th century, on the former natural two islets, called “Little and Big Grassy Keys”. A local businessman, called D.P.Davis made a project in which mud from the bottom of the Hillsborough Bay was dragged and was used for building of three islands. Later, two of them were merged into one.

Harbour Island is another partially artificial piece of land located next to Davis Islands. Again, there was a natural island in this location called Grassy Island. Its development started in the beginning of the 20th century by the engineer W.L.Seddon, but its real growth began in 1985.

Today, both Davis and Harbour islands are a well-arranged residential area with beautiful waterfronts. What makes them attractive is the combination of the seacoast with Mediterranean-style old buildings. Thus, these islands have a lot of historical vibe. Combined with modern restaurants, cafes, and other tourist places of interest and relax, they are one of the Tampa’s must visit attractions.

Having your own means of transportation is the greatest way to explore. But even if you don’t, Tampa Car Rentals ensures that you may still complete your adventures. If you are a Tampa resident or wish to go from another region, visit Tampa Car Rentals to reserve your car at a low cost. You only need to choose your location, and you may book a vehicle from any iOS or Android smartphone.

And suppose you are at Tampa International Airport. In that case, Tampa car rentals provide a quality service of hiring a car at the most affordable price, making it a cheap car rentals Tampa Airport service.

So book a ride from Tampa right away:

Or book a ride from Tampa Airport:

With a car and a plan how to explore Tampa, you are ready to dive into the atmosphere of this amazing coastal city and its surroundings. You can visit all of the attractions described above and you can proceed further, to the neighboring cities, towns, coastlines and beaches. As a result, you can enjoy a great journey in this point of the United States with unforgettable impressions.

Take a look at this video for more impressions from Tampa, Florida:

Check some travel books about Tampa and Florida: 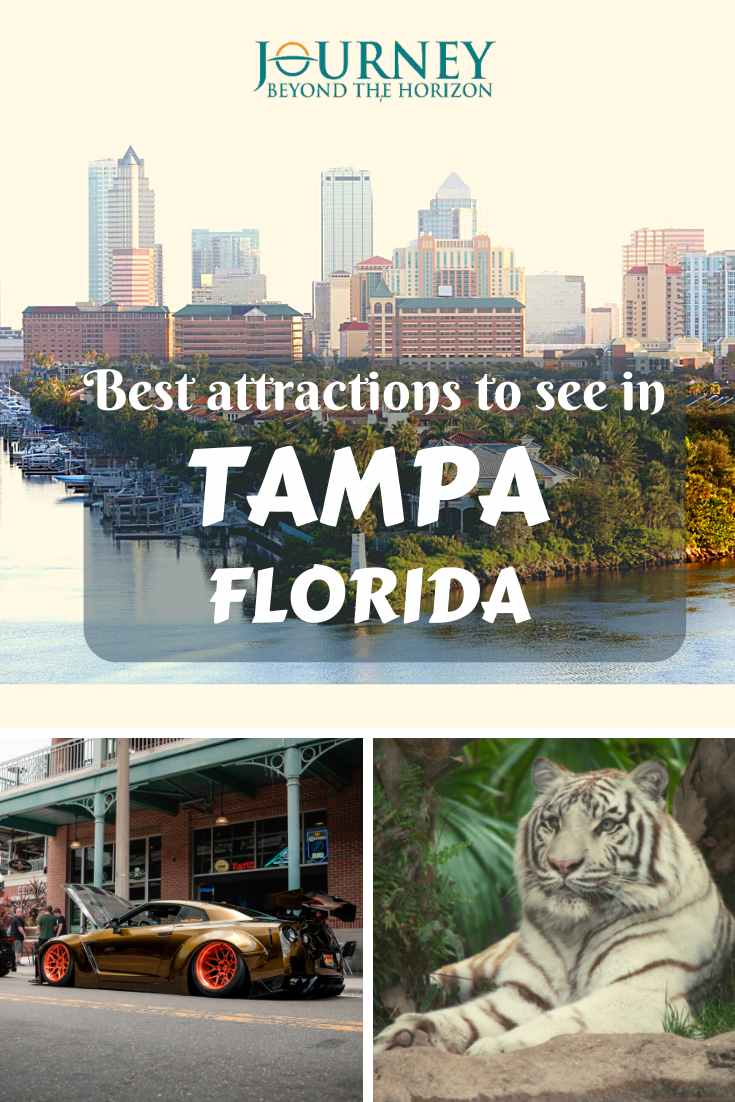 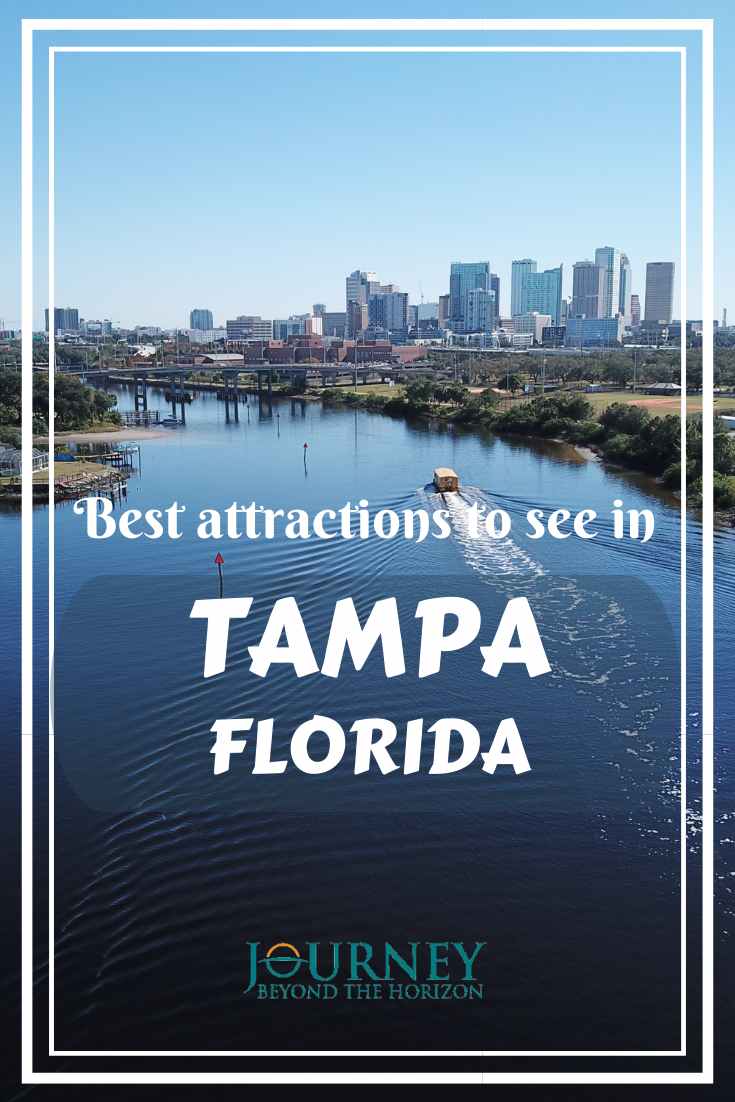