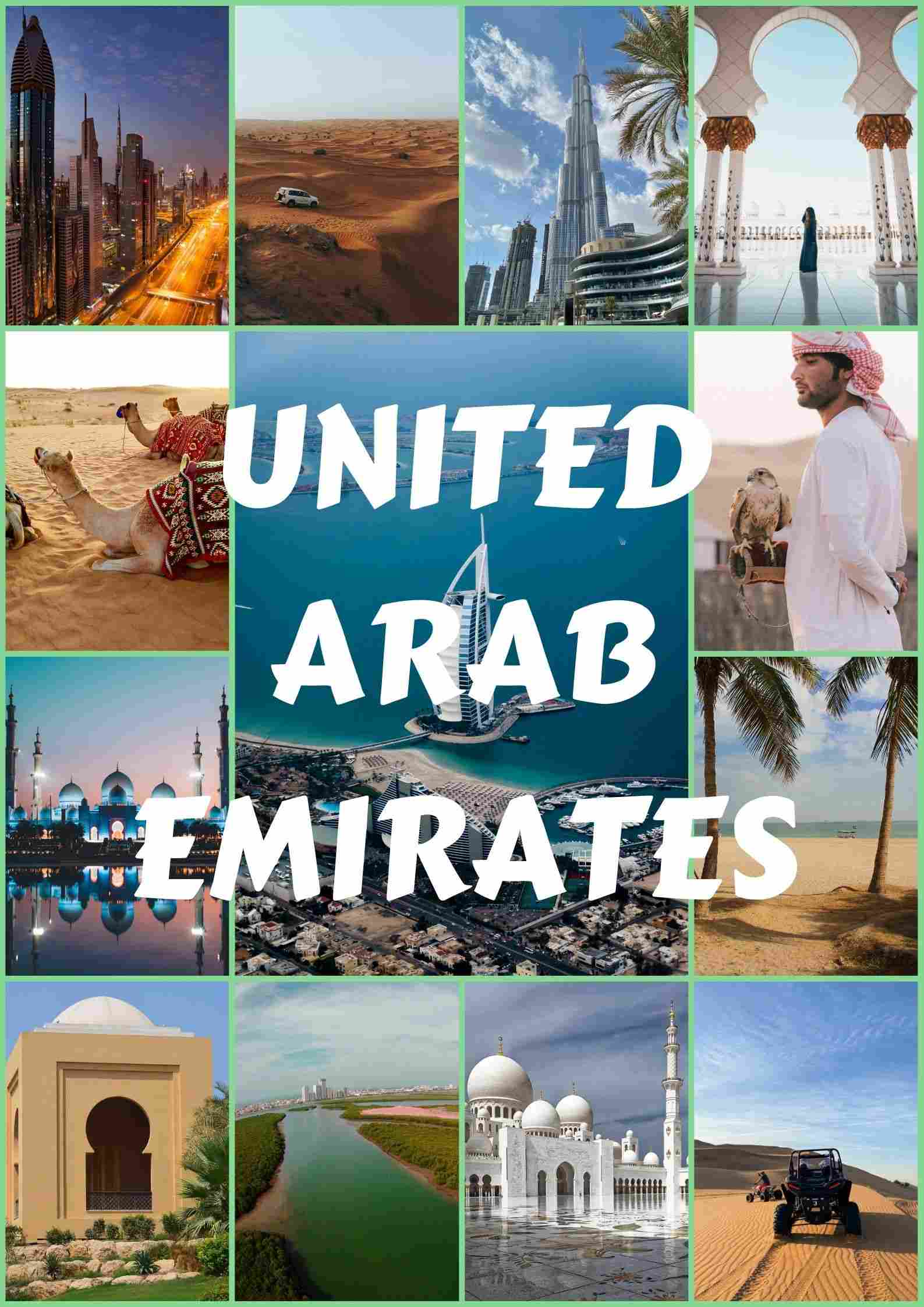 Other spoken languages: English, Hindi, Tagalog and other immigrant languages.

Basic facts: UAE is an elective monarchy, formed from a federation of seven emirates.

10 best destinations and routes in UAE:

Abu Dhabi: The capital of the UAE, the second largest city in the country, presenting modern architecture and life.

Dubai: The largest city in the UAE, one of the most popular tourist destinations and the face of the country.

Sharjah: The third largest city in the UAE, the capital of one of the emirates, full of modern and traditional culture and landmarks.

Fujairah and Khor Fakkan: Two cities at the only Gulf of Oman coastline of the UAE, great starting points for exploring this coastline, its beaches and beauty.

Umm al-Quwain: The capital of one of the emirates, on the Khor al-Bidiyah Peninsula, presenting modern and traditional culture.

Liwa Oasis: A long and narrow oasis area in the southernmost part of the UAE, at the edge of Rub al-Khali Desert, known for its picturesque villages. Great place to explore the desert.

Hatta and Hajar Mountains: An exclave of Dubai Emirate, located at the border with Oman, the best place to explore Hajar Mountains- the only mountains in the UAE.

Al Ain: Known as the “Garden City”, it is located in the easternmost part of Abu Dhabi Emirate, deep in the desert and near the border with Oman.

Ras al Khaimah: The northernmost big city in the UAE, an emirate capital. It is known for its archaeological sites, and its local traditional and modern life.

Sir Bani-Yas Island: An island in the westernmost part of the UAE, known for its rich nature and wildlife. 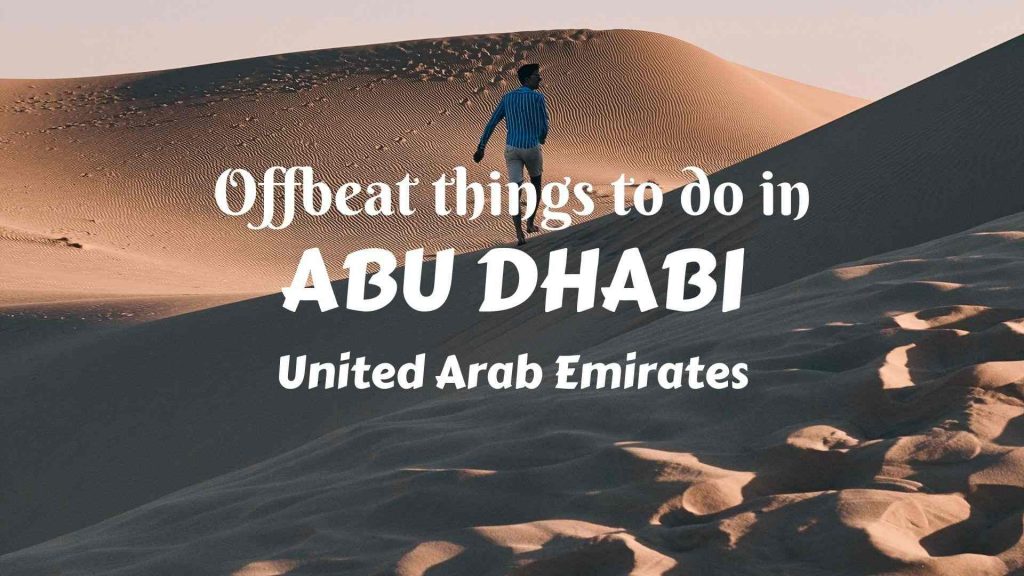 a guest post by Neha Singh Most Abu Dhabi holidays …

Offbeat Things to do in Abu Dhabi Read More »