Australia and particularly Western Australia is home to many natural sights and wonders, due to its location, climate, and geological features.

The State of Western Australia is bordered by the Timor Sea to the North and the Indian Ocean on the West and South. It is also bordered on the east by the deserts of the Northern Territory and South Australia.

Western Australia comprises one-third of the continent, with a population of 2.7 million people; 2.1 million of which reside in Perth, the capital city of the area. If you are considering moving to Western Australia you can expect varying climates depending on where you choose to settle, northern coastal areas see a tropical climate whereas the south-west has a mild Mediterranean feel. As you move further inland a hot and arid climate can be found with low rainfall.

The state offers some sights you won’t see anywhere else, including deserts, rock formations, and water features. It consists of plateaus, mountains, vast deserts, and a rocky and beautiful coastline.

In the northern and central parts of Western Australia, you can see the dunes of the Great Sandy Desert. The dunes were formed over 10,000 years ago, yet they still shift today. These dunes can be up to 30 feet (9 meters) tall!

Some of the most interesting features include the Ergs, or wind-sculpted sand dunes, which stretch for 30 miles or more. It also has over thirty red sedimentary rock domes in its southeastern region. You won’t want to miss Wolfe Creek Crater, either, where a 55,000-ton asteroid made impact several hundred thousand years ago.

Another wonder of Western Australia is Echidna Chasm, which is long, narrow, and offers some amazing views. The red chasm walls are up to over 600 feet (200 meters) tall, and sometimes as narrow as 3 feet (1 meter) wide.

The pillars were formed on the yellow desert floor around 30,000 years ago as the sea receded, leaving behind bits of seashells. The seashells and sediment were worn by the wind and weather, creating the pinnacles we see today.

The Gorges of the Hamersley Mountain Range

South of the Great Sandy Desert you’ll find an arid climate with some oldest limestone in the world. One of the amazing sights here is the Red Gorges in the Hamersley Mountain Range in Karijini National Park.

The gorges are over 300 feet (100 meters) deep, and you will find many spots to explore in them, including swimming holes and stunning waterfalls.

You should also check out the Hamersley Gorge. Though it is more remote, it has a special draw: sparkling spa pools with waterfalls and its own brand of rock formations.

Like the other gorges, the many Kimberley Gorges offer unique rock formations and stunning waterfalls. First, the famous Bell Gorge has a tiered waterfall that is popular among tourists.

The Windjana Gorge is a more mellow but equally entrancing spot to visit, with evidence of the indigenous culture that believed it was a spiritual place. If you’re thinking of swimming, just beware of the crocodiles!

From December to April, the waterfalls in these gorges will be even more spectacular but may have limited access due to flooding. From May to September, it will be drier and the waterfalls may slow to a trickle.

One of the most unique natural water features of Western Australia is the Pink Lake in Hutt Lagoon in Port Gregory. This salt lake gets its bright pink color from the abundant Dunaliella salina algae in it, which produce carotenoid.

The Bungle Bungles are located in Purnululu National Park, and are a feature worth seeing. The sandstone domes are over 900 feet (300 meters) tall, towering in a remote grassy desert. The Aboriginal people have inhabited this region for a long time, but due to its remoteness it was only discovered in the 1980s.

One of the features within the Bungle Bungles you’ll want to explore is the Cathedral Gorge, which is a natural amphitheater with amazing acoustics. It has tall gorges and a shallow pool that is bright green at times.

If you’re looking for a stunning and unique rock formation, look no further than Wave Rock. The rock has a flared slope on the side of a hill called Hyden Rock.

This 300-foot (100-meter) long rock formation stands 45 feet (15 meters) tall and literally looks like a petrified wave. It was formed three million years ago, and has continued to change shape since then.

The Gap and Natural Bridge

In Albany, you’ll find the Gap and Natural Bridge in Torndirrup National Park. These were formed over time as the Southern ocean collided with granite rock on the coast. The rock was gradually worn away, creating a huge, 75-foot (25-meter) cliff known as the Gap.

Near the Gap, the ocean created the Natural Bridge. It is a wide, natural rock bridge that provides a stunning view of the turbulent seas below.

In William Bay National Park, you’ll find an amazing natural pool and rock display. The Greens Pool is an amazing beach with a calm pool. Close by, you’ll find waters that are decorated with gigantic boulders called Elephant Rocks because of the animals they greatly resemble.

In the southern part of Western Australia, you’ll find the beautiful white sand Lucky Bay. The water is a clear blue, perfect for swimming. You’ll also find a variety of wildlife here, including plenty of kangaroos.

Another beach worth seeing is Turquoise Bay, located on the coral coast of Western Australia. The clear water here is great for snorkeling, which means you can get a great view of the coral reef and wildlife that inhabit it.

This beach boasts over five hundred types of fish, as well as sea turtles, sharks, dolphins, rays, and dugongs.

Located in Kimberley, Cape Leveque is a unique beach with red cliffs overlooking a white beach. The waters are deep blue and provide an amazing contrast.

In Broome, you’ll find Cable Beach, providing 14 miles (22 km) of white sand beach set against red cliffs. The warm water is great for swimming, and the area is well-known for its camel rides. It’s a great location to watch a sunset, too!

Are you curious about other sights and cities in Western Australia? Take a look at what locals recommend at CrowdsourcedExplorer.com.

Take a look at this video for more impressions from Western Australia: 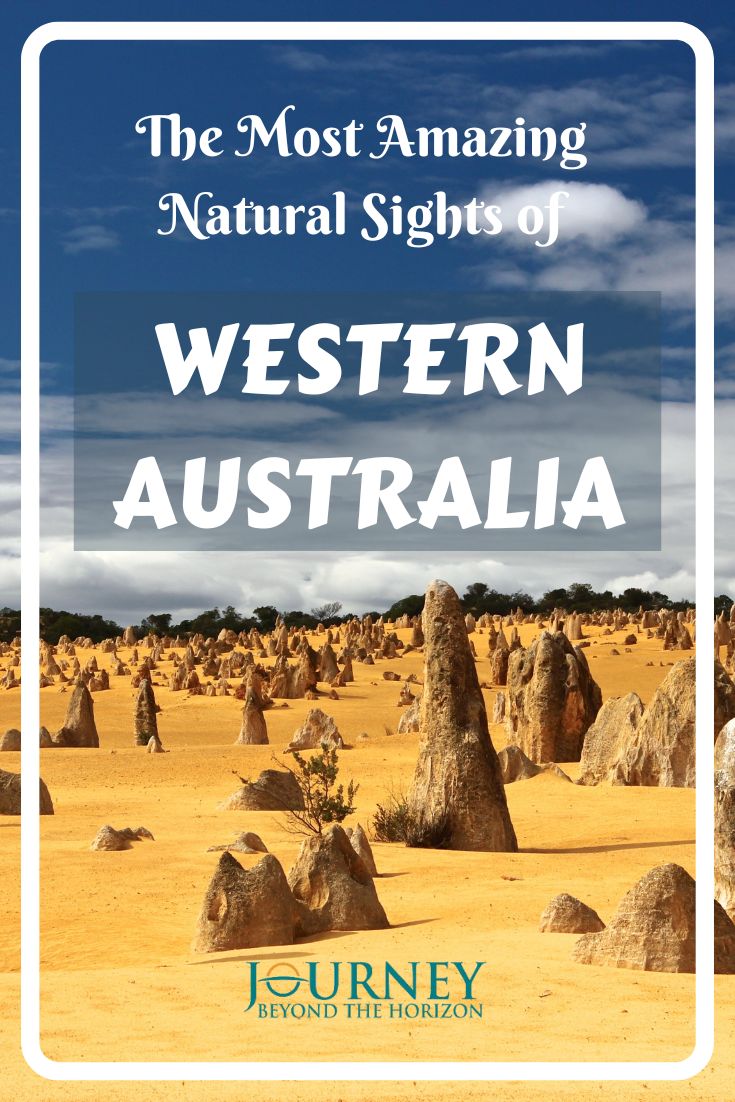 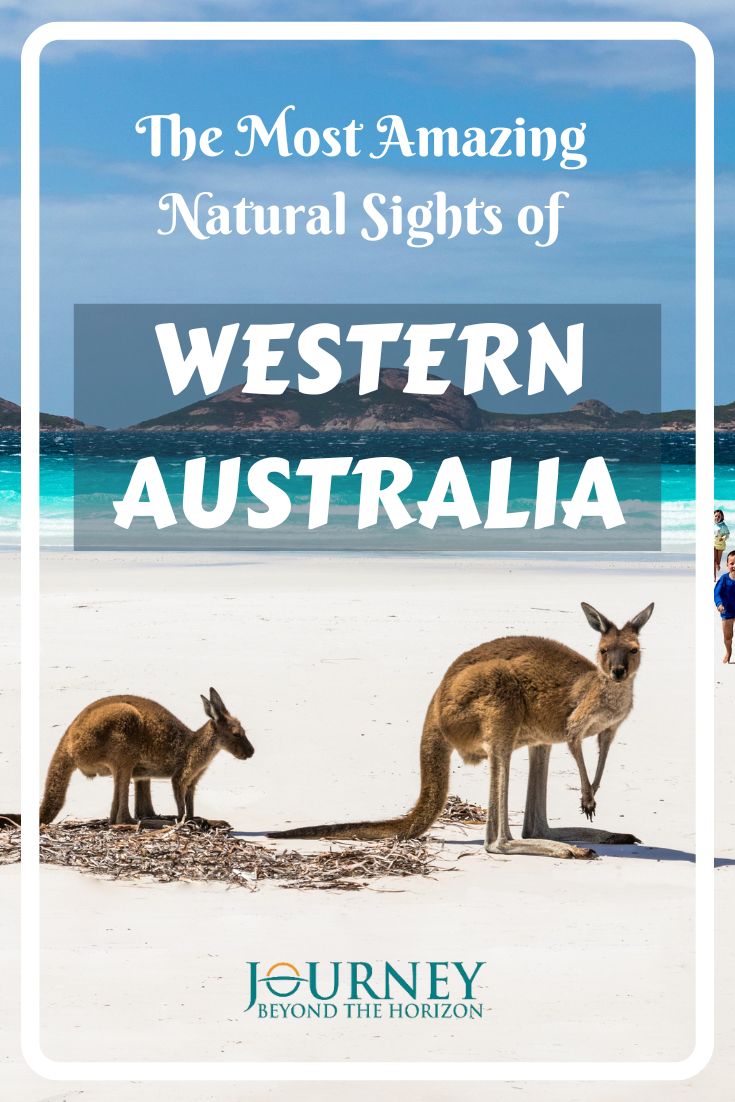 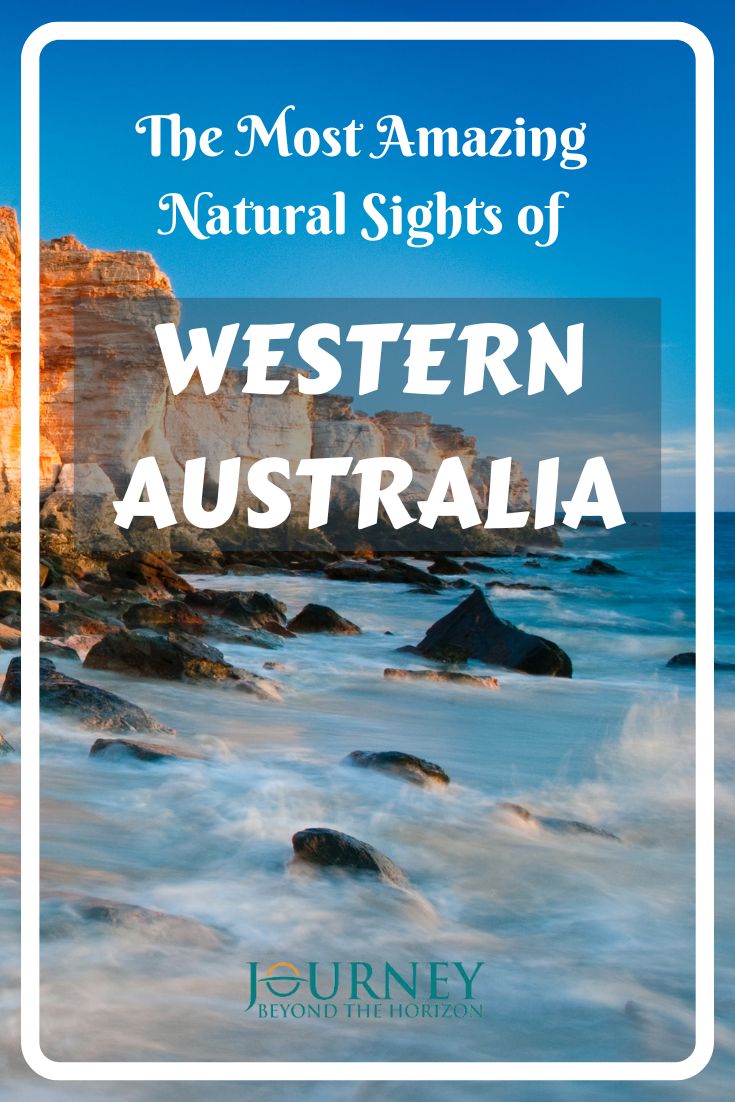