In a world full of interesting and exciting places to see, there’s no missing the majestic allure of Indonesia. It’s an overflowing basket of culture and nature that will drop your jaws. A visit to this tropical paradise will serve you with an authentic experience of the east! You won’t run out of things to do in Indonesia. And if you’re planning for a visit, you’ll come back home with memories of a lifetime. But before hopping aboard a plane, here are some interesting facts about Indonesia to fuel your journey.

Indonesia is the Biggest Archipelagic Country in the World

Indonesia recognizes five major islands- Borneo, New Guinea, Sumatra, Sulawesi, and Java, with the Maluku Islands and Nusa Tenggara as major groups. There are also smaller groups with sixty members in them. Some are under shared territorial rights, such as Borneo (with Brunei and Malaysia), Sebatik is co-owned with Malaysia, East Timor shares Timor, and Papua New Guinea has New Guinea.

There might be a bit of complication both geographically and politically. However, it still doesn’t change that Indonesia hosts the largest archipelago in the world, followed by the Philippines with 7,641 islands.

Making it a Cradle to Rich Biodiversity

It’s no surprise that Indonesia is the second wealthiest biodiversity hotspot. It ranks among the world’s megadiverse countries (only 17 of them!) and is the home to the third biggest rainforest next to Congo Basin and Amazon.

At around 10 meters, the longest snake was found in Indonesia in 1912 a reticulated python. The gigantic Corps Flowers, spanning up to 15 ft. tall and seven kg.-heavy, are also native here. And there’s no forgetting the legendary Komodo Dragons! It’s a country ready to surprise every nature lover with its 54 national parks, where five are across wetlands, nine cover the underwater world, and six are recognized as World Heritage Sites.

With the 3rd Longest Coastline

Running over 54,000 km long, Indonesia’s coastline is a cradle of beautiful beaches and diverse marine ecology. It’s sitting just next to Norway at more than 83,000 km and Canada with over 202,000 km. With the country’s alluring shores, some are even hailed as the best in the world!

Rendering it a Scuba Diver’s Paradise

Undoubtedly, diving in Indonesia is one of the ultimate diver’s dreams. With its geography, the vast waters inhibit over 2,000 reef fish species and 600 species of corals and serve as a route for 30 migratory marine mammals. It’s a treasure trove for every scuba diver and avid snorkeler!

Whether you’re treading the waters to see a wreck, checking out reef walls, or deep diving, there’s undoubtedly a treat for you in Indonesia. Some of the marine life forms you’ll encounter here are blue ring octopus, manta rays, sharks, turtles, and eels. It also hides the bony and heavy Mola-Mola. Famous and historic wrecks like USAT Liberty Meno Bounty and Glenn Nusa are also waiting for you. Today, the booming diving industry contributes to Indonesia’s economy and marine conservation. Whether you’re a newbie or an expert, there are over 50 dive sites in Indonesia to give you the adventure you crave!

It’s a Home to more than a Thousand Ethnic Groups

That’s 1,340, to be exact! Because of its geographical structure, this diverse cultural mix also created around 700 languages. And oddly enough, only 7% of the population uses their mother tongue Bahasa Indonesia as their primary language.

Roughly 40% of the ethnic population are Javanese, followed by Sudanese, Malays, Bugis, and Batak. Manangkabau, Madurese and Betawi also form large groups. Most only have hundreds of people. There are no strict rules about the ethnic groups’ division, and some share practices and languages that can be confusing. It’s the case of the Baduy and Bantenese people who can be confused with the Sudanese group. But overall, the rich culture of Indonesia is a match for its rich biodiversity!

And over a Hundred Active Volcanoes

Since Indonesia sits at the Pacific Ring of Fire, it’s a hotspot for volcanoes. One hundred twenty-seven are active in which Mount Merapi and Kelut are considered the most aggressive. Most of them belong to the 3,000 km-long Sunda Arc, tracing a path along Sumatra, Lesser Sunda Islands, Sunda Strait, Java, Nusa Tenggara, and Flores. It’s a volcanologist’s heaven on earth!

The most destructive and deadliest was the eruption of Krakatoa in 1883, which took more than 36,000 lives. The explosion was so loud that it even reached Perth. Mauritius and fifty more places around the world.

Indonesia is located near the Equator, making it a tropical paradise. Be prepared to experience a hot, humid, and wet climate. And since warm bodies of water surround it, the land remains almost the same temperature throughout the year, with minimal fluctuations.

It’s sitting at the typhoon belt’s southern end, so expect monsoon thrown in the mix. The rainfall balances out the burning heat from direct sunlight that Indonesia has to deal with due to its location. However, some high-altitude places like the mountain ranges in Papua have cooler temps and are covered with snow.

Head Hunting was once a Thing in Indonesia

Taking the enemy’s head as trophy-eek! Well, at least it’s a thing of the past. Indonesia has its reputation for head hunters. They used to believe that bringing home a body part of the deceased would grant them the power to enslave the individual in the afterlife. Today, this ritual is still practiced in nonviolent ways in a harvest festival called pangngae. But! No beheading. Just coconuts were acting as substitutes (thank goodness!).

Some of the last surviving descendants of the notorious head hunters are in West Papua. These include the Dani Tribe, Yali Tribe, Asmat Tribe, Korowai Tribe, and Kombai Tribe. Borneo also has the Iban people, who still have some of the skulls on display.

The UNESCO World Heritage site Borobudur is the world’s biggest Buddhist temple. Its base covers 403 ft. x 403 ft. and stands tall at 113 ft, with a total area of 2,118,880 ft.3. This massive 2-million-stone structure is home to 432 Buddha statues, where 72 are protected inside bell-shaped stupas.

Borobudur attracts over five million visitors annually as the country’s most visited tourist attraction. It’s an architectural and spiritual masterpiece. A place anyone can marvel at its beauty and serenity!

We wish that this article helped you understand a bit more about the mystic beauty of Indonesia. It’s a must-visit if you’re searching for adventures outside your comfort zone. A place to learn, have fun, and create unforgettable memories whether you’re a solo traveler or out with your loved ones.

Take a look at this video for more impressions from Indonesia:

Check some travel books about Indonesia: 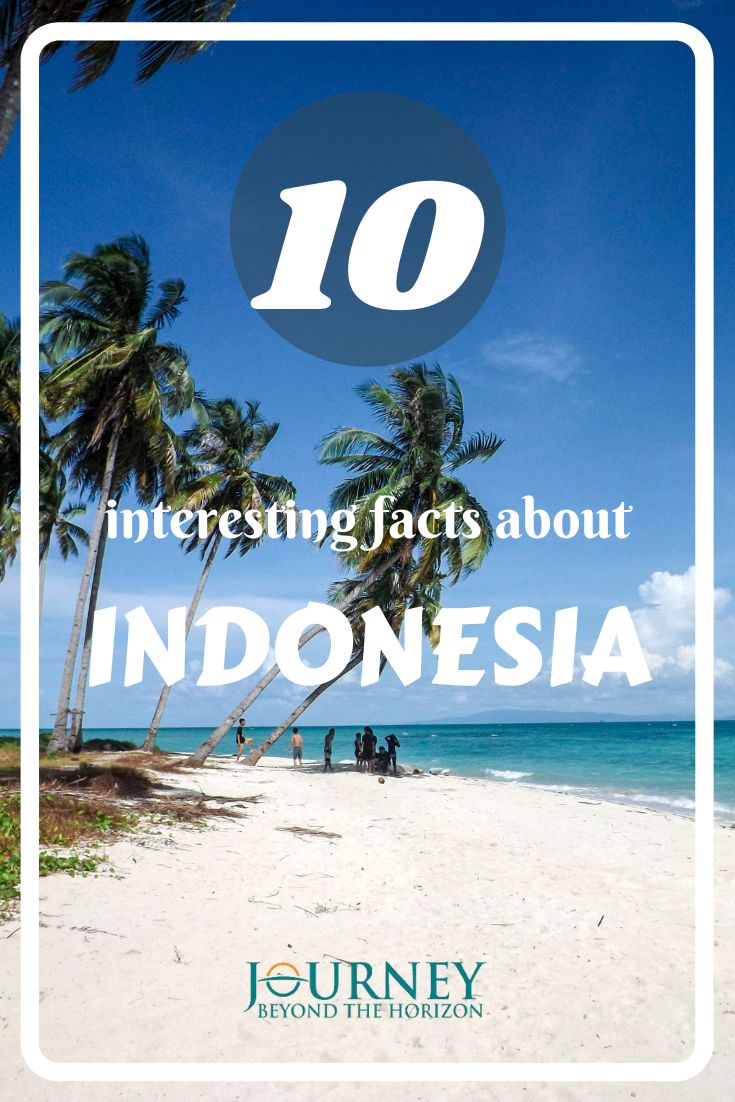 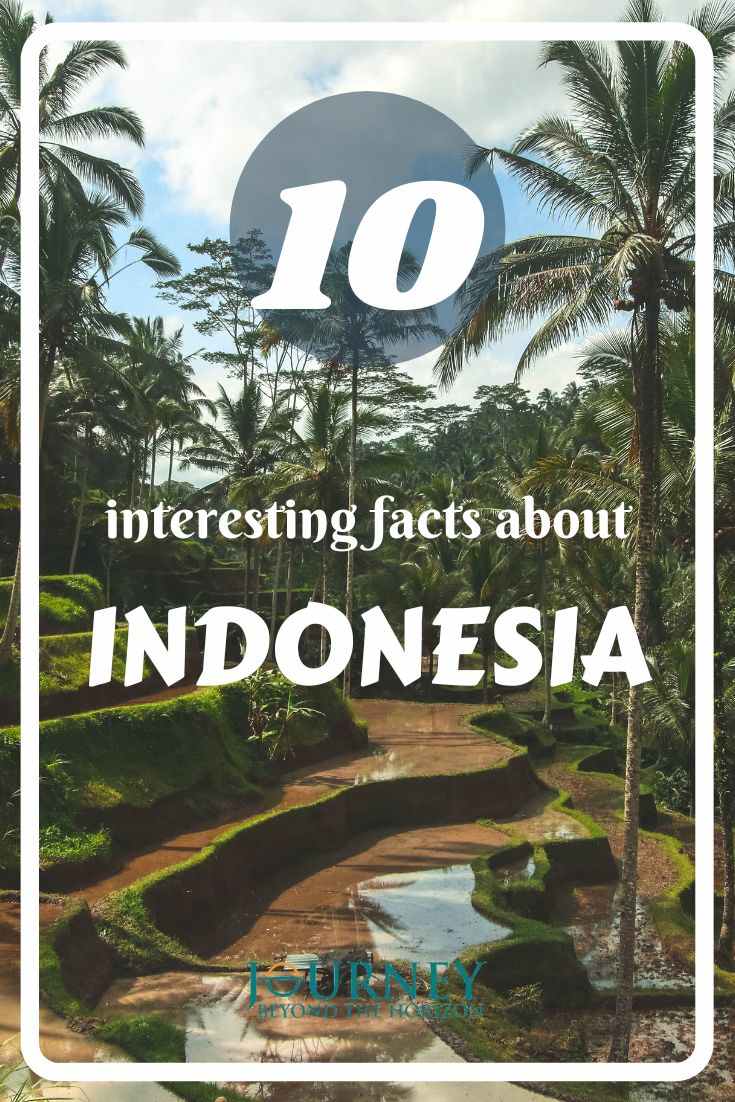 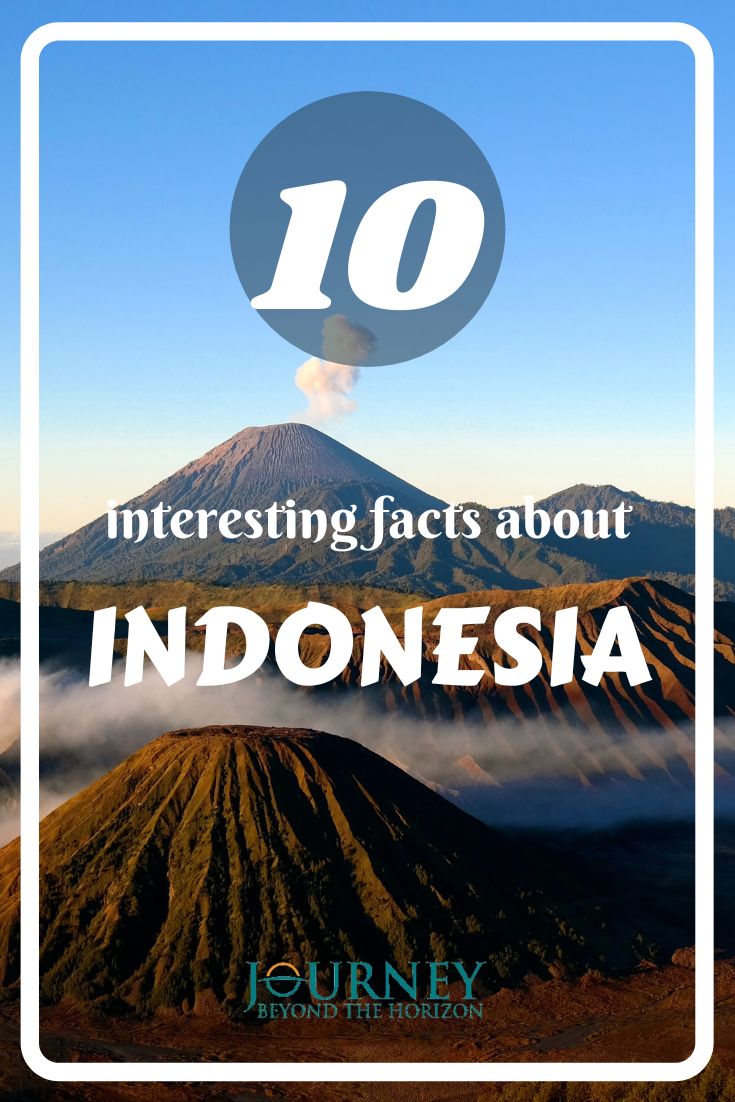