TIBET is one of the “special dream places” on the Earth for traveling, part of the Greater ranges. Most of the people thinking about Tibet usually mean the Tibetan Autonomous region of China, its capital Lhasa, the areas around Everest, Kailash and other places nearby. But actually it is only about 50% of the land of Tibet, including only 40% of the Tibetan population. And even in Chinese, the name of the Tibetan Autonomous region is Xizang (西藏), which means “Western Tibet”. But there is “Dongzang（东藏）- Eastern Tibet, which is shared by the Chinese provinces of Qinghai, Gansu, Sichuan and Yunnan. And although it is not in the same administrative region with Lhasa, it is still part of the Tibetan land- geographically, ethnically and culturally, so it is not “less Tibetan” that the “known Tibet”. Let’s make a journey in Eastern Tibet, and let’s make it by car!

And here is the good point:

But Eastern Tibet is completely FREE from these regulations-

same as you travel between Shanghai and Beijing- you need only a Chinese visa in your passport and nothing more (with only few exceptions- few towns in Qinghai and Sichuan). And as I said- you can enjoy the same Tibet as Lhasa’s Tibet. So if you want to visit Tibet, but don’t want to be burdened by regulations and limits- Eastern Tibet is exactly for you. Moreover- since Eastern Tibet is not such “famous” as Western Tibet, you can enjoy much more virgin and natural Tibetan sites, free from the crowds of the mass tourism in Lhasa.

There are many ways to visit Eastern Tibet. And I definitely recommend to visit it for not less than one week. The longer, the better, because it has much to offer. But one of the main reasons is the high altitude, which requires few days adaptation (for different people its different).

You can go there by plane- there are few cities’ small airports: Kangding, Ganzi (Garze), Yushu and few more- there are only few planes daily going there, mainly from the provinces’ capitals Chengdu, Xining and Kunming. But it is not suitable for everyone. First: you arrive immediately to high altitude without adaptation, and it may cause some uncomfortable effects. Second- the flights to these airports are very expensive.

So still the best way is on land- first to the four main starting points- the capitals of the provinces Yunnan- Kunming, Sichuan- Chengdu, Gansu- Lanzhou or Qinghai- Xining. You can go there by plane or speed train (or slow train too)- from Beijing, Shanghai, Guangdong. Then there are buses to the main directions inside Tibet.

But the best way to go there is to rent a car.

The best company for car rental is Shenzhou (神州), which has offices in all of these big cities.

So you have two options: to rent a car with a driver, or to be together with someone who has a Chinese driving license- if you have a friend from China.

Why not by bus?

Why don’t you just take a bus to enjoy Eastern Tibet? Because you simply CANNOT enjoy too much. The buses start from a city and go to another city or town, and stop only for seconds on some village bus stop. And there are a lot of breathtaking landscapes on the roads, which you can see only from the dirt glass of the bus’ window, because it would not stop there at all.

Yes, there are some shared vans in the towns, which can take you from town to town, but it is unstable. And yes, the driver would agree to stop for a while somewhere, but not as long as you wish, he is also hurry to arrive to the van’s destination. And there are some really worth to visit places, where you can’t find nor a bus, neither a shared van. So, to rent a car is still the best choice and if you are more people together, then it is not more expensive than the buses and shared taxi vans. And you have the advantage of freedom and independence.

Rental car with a driver

Basically the price of the rental cars varies depending on the season. Usually July to September is most expensive, since it is a high season, when a lot of Chinese students go to Tibet during their vacation.

If you want to travel cheaper, you have much more choices for a car with non-English speaking driver… of course if you travel with someone who knows some Chinese, or if you just don’t worry about the language problem and can use the chance to exchange some Chinese-foreigner’s culture by body language or learning some basic new languages (if you are more adventurous kind of person). The prices are usually between 800 and 1500 yuan/day (which is aroun 120-200 USD)- for whole service, not per person!

The best ways to find a rental car with a driver is hostels. Their staff expect backpackers looking for such kind of adventures, so they have established a good relationship with drivers. Many hostels in Chengdu, Lanzhou, Kunming (or Lijiang), and Xining offer such tours, And they can arrange it according to your wish for the route, number of persons and duration.

A friend with a Chinese driving license

Another option is if you have a friend with Chinese driving license, to rent a car without a driver. Usually the prices depend of the season. And the cheapest rental cars are in Chengdu- in August, for small 5 seats car the price is usually around 150 to 300 yuan per day. 7 seats cars are more expensive- up to 500-600 yuan, and SUV 4×4 vehicles are most expensive- they can be around 800 to 1000 yuan. In Kunming, Lanzhou and Xining the rental cars prices are higher, and it is usually difficult to find cars at all, unless make booking at least 20-30 days in advance.

So, you are in Kunming/Chengdu/Lanzhou/Xining, and you have rent a car with a driver. Where can you go? Eastern Tibet is full of sites and highlights. Here I give only some of the most notorious of them:

Eastern Tibet can be divided into several main areas, all easily accessible by car:

Here I give some recommended routes:

Most of the roads in the routes that I recommended are in excellent conditions. Many of them are renewed in the recent years. So a small car is enough to rent, you really don’t need an expensive SUV vehicle.

Now currently foreigners cannot cross into Western Tibet by car, because its eastern prefecture Chamdo, which borders with Sichuan and Qinghai is closed for foreigners. The only way to go to Western Tibet on land from China is by train from Xining to Lhasa on the Tibetan railway.

But this train don’t stop anywhere between Golmud and Nagqu (a city in Tibetan Autonomous region)- or actually it stops at few “railway stations” (which are actually just stopping points in the middle of nowhere), but only for a short rest for the passengers, giving them a chance to make photos and enjoy the landscape for a while- but they cannot leave the “train stops” and nobody is getting on the train from there. There is a road from Golmud to Lhasa, but again, since foreigners need organized tour and travel permits for Tibet, they can’t cross by their car from this road.

On land it is possible only by the Tibetan railway train- foreigners can stop in Golmud or Xining, and start a trip in Eastern Tibet.

*Sertar is temporarily closed for foreigners due to construction work in Larung Gar complex, which is considered politically sensitive. 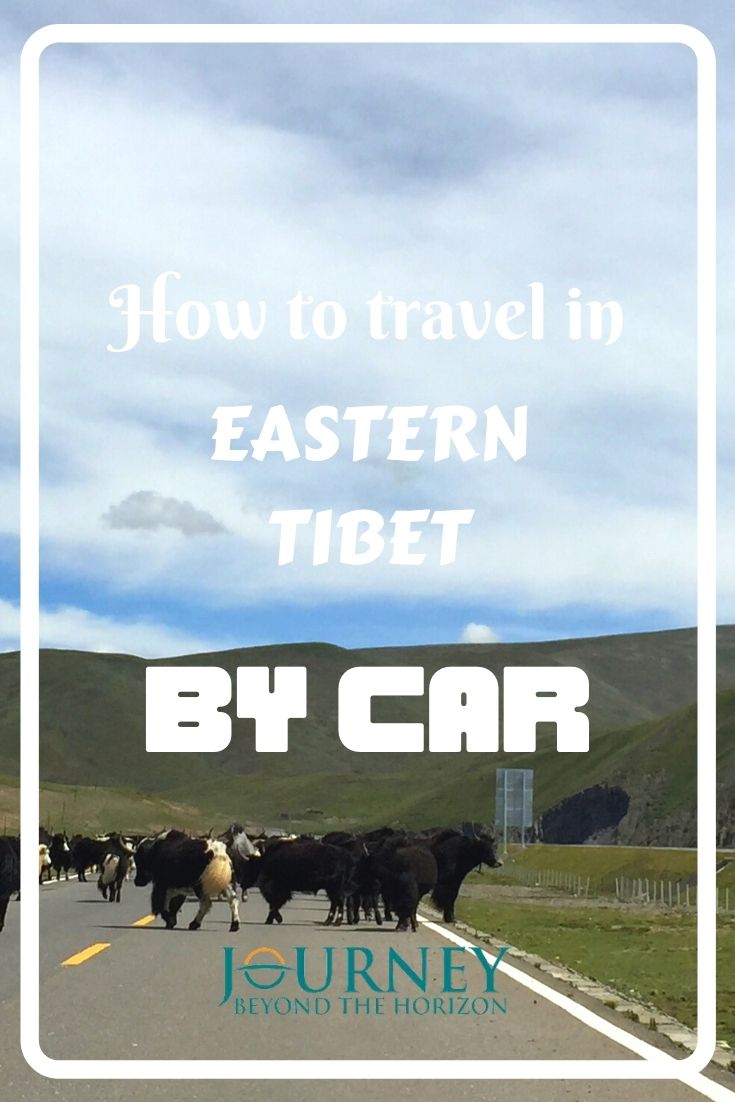 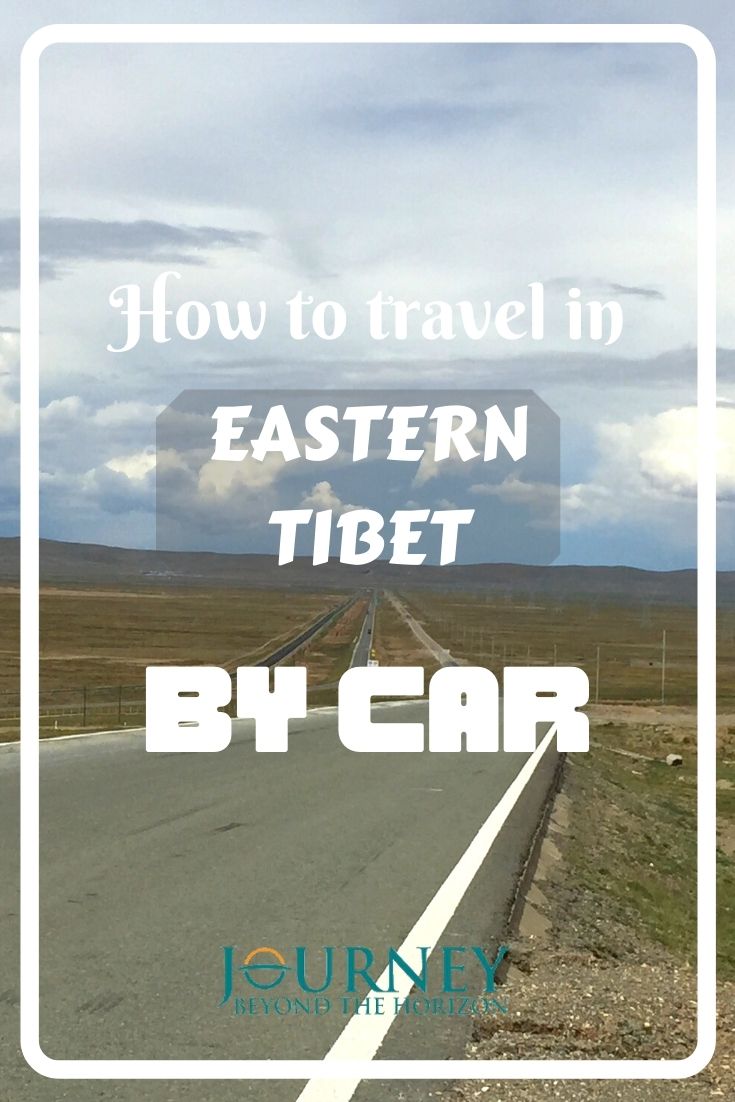 1 thought on “How to travel in Eastern Tibet by car”